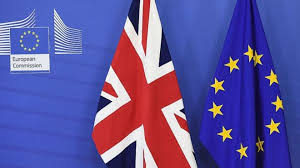 Average rents in the UK have grown steadily over the last month, but the potential impact of Brexit is causing concern among landlords, according to the latest index report.

The data also shows that the region with the largest year on year increase is Scotland, up 5.6% increase since September 2017.

In September rental prices increased in 11 of the 12 regions monitored by HomeLet, with only the North East seeing a decrease. The region with the largest month on month decrease was the East Midlands, down 1.6% decrease between August and September 2018.

The report says that the lettings market is sensitive to the balance between supply and demand, but the current steady growth suits both tenants and landlords. However, the initial findings from the company’s survey of over 2,900 landlords have shown that more than a third have concerns over Brexit’s impact on the market.

‘Historically, we have seen a higher rate of rental price growth in London and the South East. However, over the last six months the rate of growth in these areas has slowed to reflect a similar rate to the rest of the country,’ said Martin Totty, chief executive at HomeLet.

‘Throughout the UK, the longer term trend is one of fairly narrow, shallow growth over a longer period of time. Over the last year, the growth rate has remained below the average rate of inflation in the wider economy, and the growth in the housing market,’ he explained.

The rental sector can be seen to be performing at a much steadier rate, with a lower level of volatility when compared with house prices,’ he added.

The initial results of HomeLet’s annual Landlord Survey corroborate this largely positive picture, with nine out of 10 landlords intending to either keep or expand their property portfolio in the next year.

However, the potential impacts of Brexit rate highly among their main concerns, along with the possibility of increased regulation through legislation and changes to house prices.

‘While more than 90% of landlords intend to either keep or expand their property portfolio in the next 12 months, they are not without their concerns. Our initial results show that the three main concerns that landlords have are the macro-economic impacts they face on their finances and further changes to legislation, the potential implications of Brexit and house price values,’ Totty pointed out.

‘The results suggest that while landlords are not planning to leave the market at this stage, uncertainty over the wider economic picture, especially when Brexit is added into the mix, could easily change this,’ he explained.

‘The current, steady growth within the private rental sector suits the needs of both tenants and landlords. However, should landlords change their stance and begin to exit the market, therefore reducing the supply of rental properties, there is a possibility that rental prices could rise, as at this stage there is no indication that the demand for rental properties is going down,’ he added.

© 2015 Greenwood and Company. All rights reserved. Estate agency websites by

Your Valuation in the region of...

Whilst this instant valuation provides a guideline, your local Greenwood and Company property expert will be in touch to provide a more accurate valuation taking into account improvements to your property, the local market and more.

Recently sold in the area

These properties near you were sold recently.